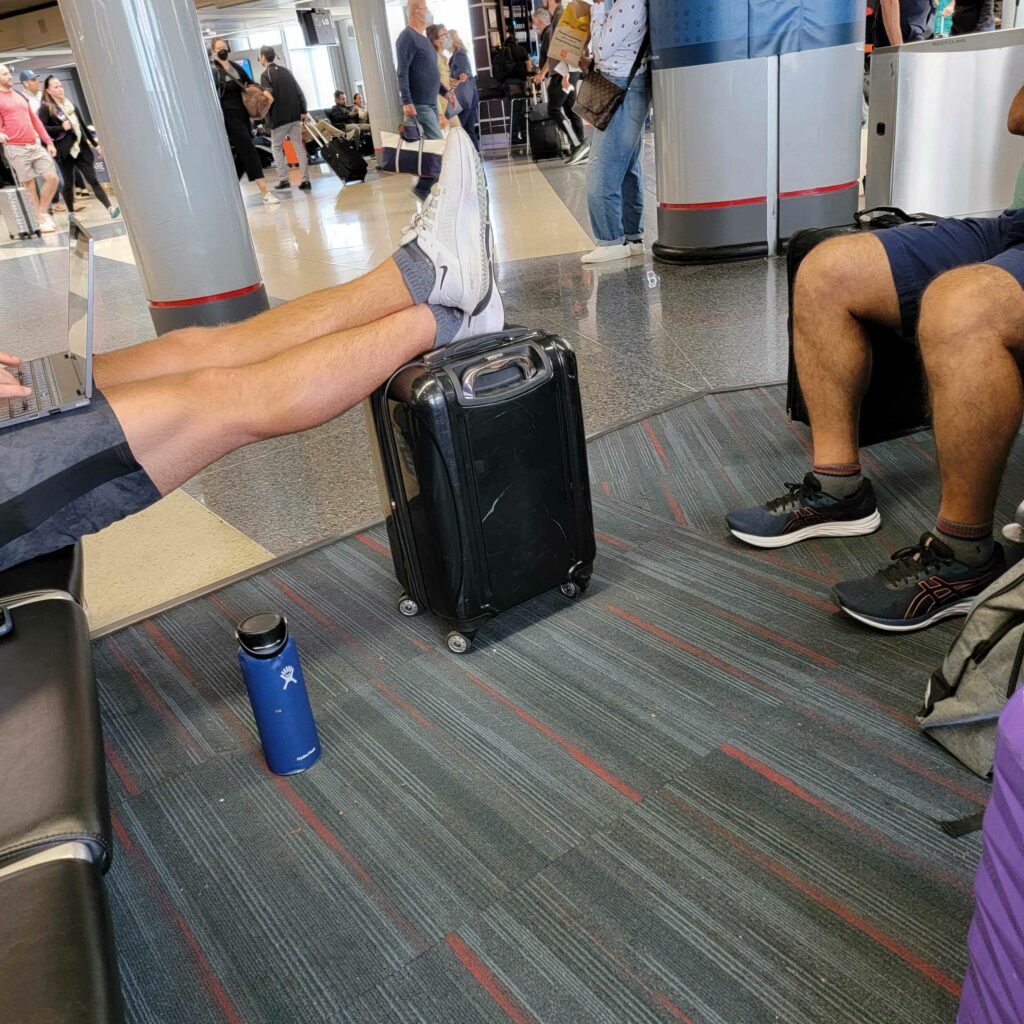 “Generating leads online is something I shouldn’t waste my time doing – I want a VA to find the right people, and I’ll close them,” He said, sitting next to me on his Zoom call at the Chicago airport last Monday.

It’s hard not to overhear conversations when people are just a few seats away and speaking loudly into the mic on their headsets.

He asked the group he was meeting with via Zoom for advice on generating leads for a coaching program via social media and looking for someone else to do it.

As the conversation continued, I could tell he was being encouraged by the others to hire someone offshore and to pay them a salary or hourly rate.

​He told the others on this Zoom call, “I only want to pay someone when I close a lead.”

“They’ll probably have to reach out to 100 -200 people to get me a good lead, obviously something I can’t waste time doing – so if they want to earn money, they’ll find the best leads; I can close anyone they get me an appointment with.”

Long silence on his part for a moment, then  “This is a high-ticket program I’m offering” (followed by a few other things I can’t remember, or maybe blocked out as by this point I was over him)

At that moment, I wanted to SCREAM, or at least jump into the conversation to try to talk some sense into this man, yet I knew it probably would not do much good. Besides, I was about to board a plane and was just some old lady at the airport who was still a little teary-eyed after leaving her daughter in Chicago to continue college.

Between his arrogance of talking loudly in a confined public place to his feet up on his suitcase, making it difficult for others to move about, I have a feeling it would have fallen on deaf ears and that my tone would have likely not been the kind person I’m trying to be.

If I had, I would have said, “THIS IS NOT HOW WE SHOULD TREAT PEOPLE WHO HELP US BUILD OUR BUSINESS.”

Followed by – “we pay them well, encourage and inspire them. We train them, lead them, and together create something amazing. No matter their country, we don’t cheat people or pay them pennies for hard work.”

It breaks my heart when I hear about how offshore people are exploited simply because they have fewer options available to them, much the way that people here can be who are in the service industry.

I often see an ad for a company whose name I won’t post here, but it targets female business owners; I know this because it says it in the ad. They promise to match you with a fully trained VA who can do your social media, marketing, and create funnels for less than $9.00 US an hour. Each time I see the ad, I comment, along with others, asking how much of that is actually paid to the VA – I’ve yet to get a response or see anyone else get one. But based on the level of work they are promising, this person who they match you with would have to be highly skilled and have a lot of experience to do this job well. And even if they received the entire amount of $9.00, it simply feels exploitative to pay someone such a minuscule salary. Yet, we know if that company is paying for ads, recruiting, managing the payments, and such, the VA is NOT receiving anywhere near that much.

“WE ALL SHOULD BE ABLE TO DO WORK WE ENJOY AND LIVE HAPPY LIVES, NOT ONES WHERE WE’RE DECIDING BETWEEN FOOD OR THE GAS BILL.”

I’ve worked with stateside and offshore remote team members since 2006 – today, I help entrepreneurs via coaching and programs to create environments where their VA can thrive in supporting them in realizing their companies’ vision. I encourage them to get to know their team members, celebrate their successes and birthdays. To treat them well and be more than a decent human being to them, and to let them know just how much they value them. Oh, and an important one, to pay them more than a living wage. It brings me such joy to see a VA thrive in an environment where they are valued – and it equally brings me joy to see business owners receive the support they need to accomplish their goals.

As entrepreneurs, we’ve got some work to do here with how we treat those who work with and for us and the salaries we pay them. And I believe that if we elevate those we hire, collectively conscious entrepreneurs can create an environment where not only the people we hire thrive but where other companies are forced to do better to compete in hiring.

If you are struggling with finding a suitable VA or creating a culture where your team members thrive, please reach out – I’d love to help you.