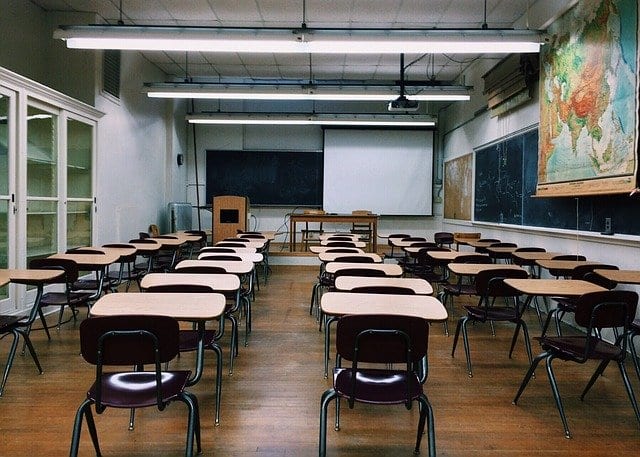 “Mom, did Mrs. W call”? Those were the first words my daughter Emily said when I picked her up from school early in her freshman year of high school.

Having received no call from her teacher, I asked her why she thought I would. She said, “I just couldn’t take it anymore, and said something like you’ve always told me to.”

Before I share more about what she spoke up about, let me say that Emily, or Emmy, as I usually call her, is very observant. She notices the littlest things, and I’m often in awe of her ability to pick up on them.

In school, she noticed that in Mrs. W’s class that not all of her classmates were not fairly chosen to participate in the class discussion. That the teacher, would frequently call on kids who didn’t have their hands up, but where her “favorites,” vs. calling on several students in particular.

One day, Emmy couldn’t take it anymore and stood up and asked Mrs. W. why she called on several students who didn’t have their hand up instead of __, a black boy, whose hand had been up so long it was beginning to turn blue. This incident was not the first time she’d seen her teacher overlook students of color, and, on this day, she bravely used her voice, even at the risk of being punished, to speak up for others. (proud mama moment here)

As you can imagine, her teacher was somewhat surprised that my little white girl, who looked like those who were deemed to be her favorites, called her out on this injustice. Mrs. W told her “oh, I guess I didn’t see his hand”. Which promptly made Emmy say – “that’s interesting, he is sitting right next to Hannah – I can’t see how you missed it?”

Now, I am not one for students being disrespectful – however, I am all for them speaking up bravely and being willing to call out the injustices, even with an authority figure. I asked her how her black classmate felt about her calling out the teacher and we had a long conversation about what she should do if she was sent to the dean’s office.

What we both hoped too, it would be an isolated incident, and that letting her teacher know what she’d observed would transform her interactions with the class, sadly we were wrong. Throughout the remainder of the year, Emmy pointed out to Mrs. W how she divided up the class into small groups, white kids together, and Black/Hispanic/Asian in groups together. She pointed out to her many other times her missing calling on others in the class and even how she punished kids who were late to class, that wasn’t white, by sending them to the office, but the white kids didn’t go to the office.

As the year went on, each day, she asked if I received a call, my answer as always, no, followed by please tell me more about what happened today. I admire that she was willing to risk punishment to stand up for what she had been taught was right. And that she didn’t let up, and that week after week, she continued to bring to her teachers’ attention the unfair actions she’d taken.

At the end of the school year, she asked Mrs. W. to sign her yearbook, just as she did all her other teachers, her message to Emily reads, “To my harshest critic, have a great summer.” To this day, this is my daughter’s favorite inscription in her yearbook.

Our kids are wise and brave, they know how to do the right thing, it’s up to us to support them in risking punishment to stand up for what we’ve taught them.