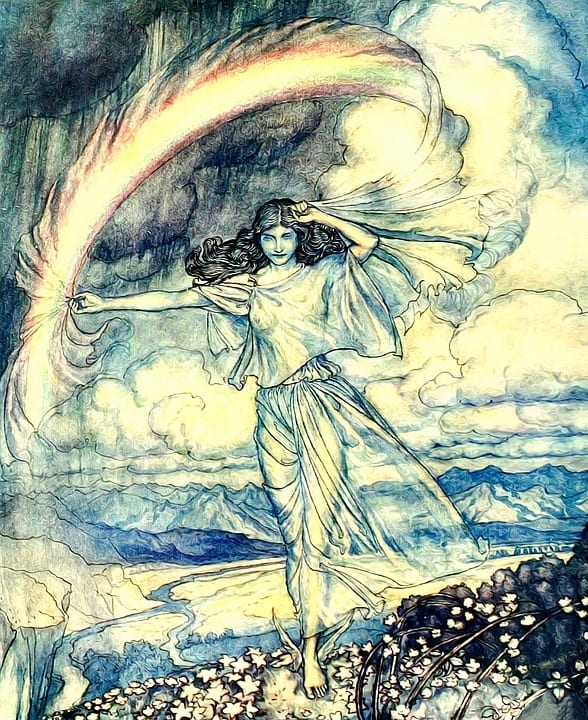 It always saddens me to discover new examples from history of smart, strong women who were not afraid to follow their own path and speak their truth – being burned, beaten, hung, committed to asylums, tortured, and more. Men in power doing almost anything to quiet their voices; which is still happening today, perhaps without the public hangings or burnings – at least here in the United States.

Recently I learned the word “Mediomania” created in the mid 1800’s – new to you too, huh? It was used to discredit women, as it was something only women could have as it related to them having a uterus.

“Symptoms of this “mediumistic hysteria” often were a woman’s determination to leave traditional roles and her propensity to overuse her mind.” Yep, a direct quote from the quack doctor who created this diagnosis.

By the mid-1800s Spiritualist women had platforms, many of them large ones. They were also using the said platforms to share ideas about equality that men did not agree with. Many were vocal supporters of the suffragettes and abolitionists – they were also women who made their own money, something almost unheard of at that time.

Because spiritualists, who were mostly women, were popular the men who felt threatened by change needed an “expert” to help them shut the women down. They got some quack doctor who came up with Mediomania – who said that if women over-exerted their brains, they would suffer gynecological problems.

You can read more here –

The Pathology and Treatment of Medio Mania

Mediomania Spiritualism Crisis and Mediumistic Hysteria of the 19th Century

This is just another example of a witch hunt – making it impossible for those women who had a voice, and perhaps even a unique gift, be able to continue their work. And while those who “suffered from Mediomania” were not killed, their livelihood, reputation and even their freedom was taken from them. This feels like such an important part of women’s history and at 50, I’m just learning about this.

You don’t have to believe in spiritualism or mediumship to feel angry that yet another time in our history, empowered women were silenced and shut down by fearful men.

As women I believe that we must come together to prevent these things from happening. We must rise above the patriarchal society and create community, not competition – the latter of which only breeds fear amongst us.  Come together in celebration of each one’s accomplishments, even the little ones – stop putting other women down or shaming them. We must take a holistic approach to business. We must be the change we want to see in the world – one conversation, one client and one day at a time.

Empowerment is not about pushing, grinding, or hustling to achieve a goal – instead it’s about becoming a stronger version of ourselves.

I believe our world needs empowered women and men who are not afraid of them. Connection, collaboration, and community – not the fear and greed that rules our world. I know this is a BIG wish, and some see me as crazy for thinking this, but I do believe too that I am not alone, and the more of us who speak up, even when we’re scared, the easier it will be to effect a positive change.

We must stop silencing the empowered women and instead celebrate and learn from her.

← To my harshest critic…It must be nice… →