Happy Mardi Gras!!!
Today isn’t your average Tuesday; it’s Fat Tuesday or Mardi Gras.   To all my friends and clients living near New Orleans, “Throw me something, Mister.”  Have fun and be safe. 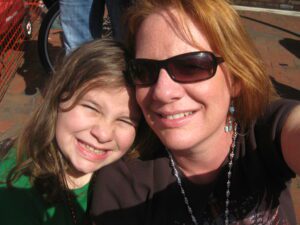 To many people, today is just your average Tuesday.  Just like people think being a Realtor, Sales Person, Manager, or whatever you do is just like every other person in your industry.  While you and I both know that’s not true, it’s often tough to stand out in a crowd in today’s busy world.   Too often, the only comparison people have is title to title.

Yesterday I had the nicest call from a client who’d been missing for a few months.  He was calling to tell us he had a transaction he was sending our way, and he wanted to give me a heads-up.  During our call, he told me that he’d used another person to coordinate some of his transactions in the last few months and that he had realized that he wasn’t delivering the very best experience and service to his clients by using this person.  You see, the “other coordinator” was a little less expensive than us, but they didn’t do nearly the amount of work, nor did they deliver near the quality of service.

Like others, he’d simply compared titles to titles and thought that he was making a smart business.