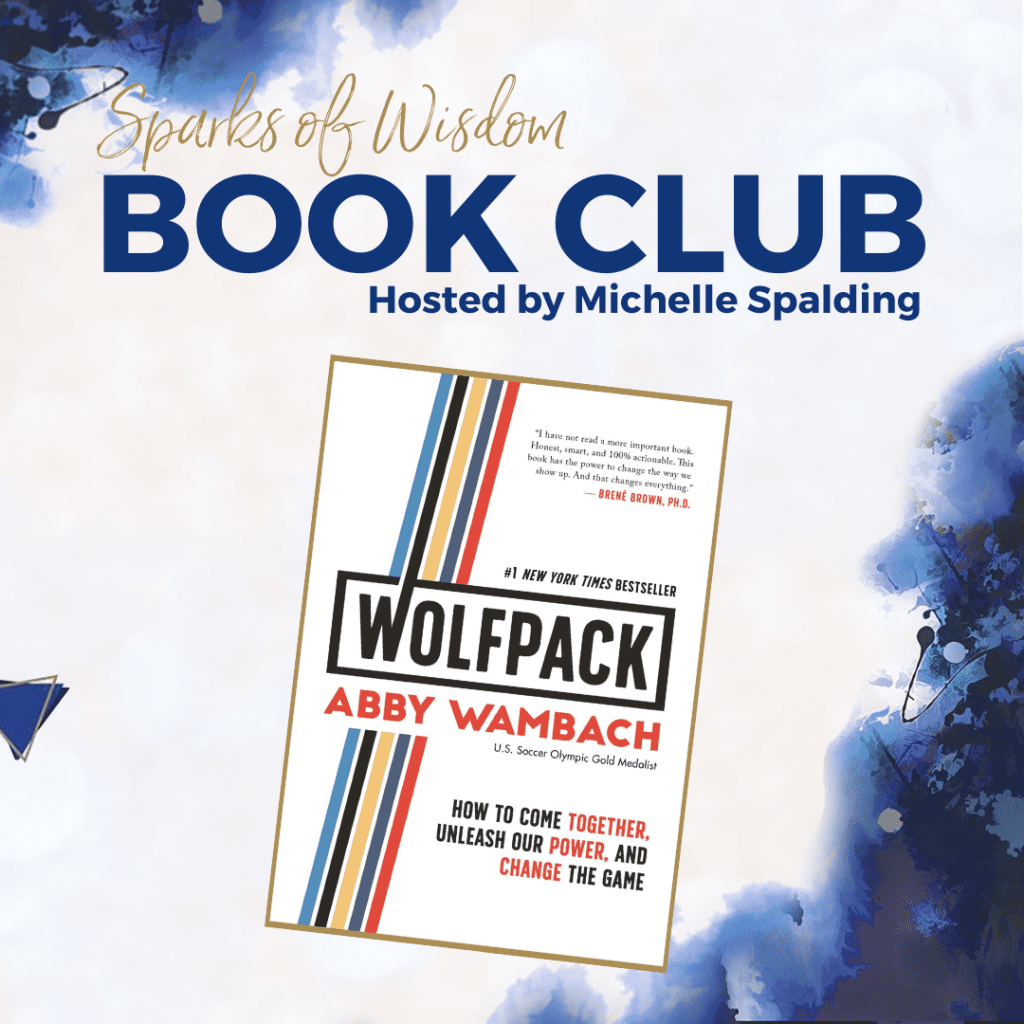 “If we keep playing by the old rules, we will never change the game.” says Abby in this powerful book.

Last week a group of women gathered around our computers and connected via Zoom from all over the country. We were scattered from Alaska to St. Louis, Waco to Kansas City yet thanks to the magic of technology, we all were in the same place at the same time. Side note, whoever dreamed up this technology – THANK YOU VERY MUCH. Who would have thought it would be so instrumental in helping us keep connected over the last few years thanks to the pandemic.

I asked the group which one spoke to you the loudest and why?

Two of our favorites were Create your own path and be FOR each other.

Upon further discussion, where we came from in this was the idea that forever women have been taught there is just one seat, I thought about that and wondered if this had to do with royalty. After all, there is only one queen of a kingdom – and not just anyone could have that seat. But royalty could be “granted” if you were chosen by a royal for marriage. Perhaps I’m getting off base there, or it was all the fairy tales like Cinderella I read growing up, but that was the thought that popped into my head.

If women believed the truth, that there are lots of tables and we also created more space at the ones there, by being for each other, we could truly shift this old way of thinking. To do so, we HAVE TO STOP the way we put each other down – the way we allow advertisers to do it, social media to amplify it, and look for opportunities to uplift each other.

We also have the ability to create our own paths – and our group collectively agreed that our path doesn’t have to be a traditional one, or one that in particular makes others happy. Sure, none of us believe we should set out to intentionally hurt others or do things harmful to nature; but beyond that for too long little girls have been taught that there were things we could and couldn’t do, simply because of our gender.

Babysitting for instance – one of the women in the group shared that the first “job” most of us have is typically a girls thing – yet mowing lawns, which usually paid better, were relegated to the boys. OUCH! So from the time we’re teenagers, we typically see that we’re paid less, and that’s just how it is.

Thankfully there have been women, and some men, who have come before us who have worked to change that. Abby mentions in the book how soccer, for example, now has a women’s professional league, and while that is great, sadly the women who play for it are not paid nearly as well as the men who play for the men’s professional league. This just means that you and I still have a lot of work to do to ensure that future generations of girls are not only given opportunities but paid equally for them.

Lastly, we all loved the reminder not to let what we do define us, rather to instead ask ourselves WHO DO I WANT TO BE?  Kind, genuine, helpful, friendly, compassionate leader, accepting of others, voice for those who don’t have a platform, empowering – were just a few of the many things we shared that we wanted to be.

If you haven’t read Wolfpack by Abby Wambach – I HIGHLY recommend it. This was my third time reading it and will likely be one of those books I pick up each year.  Grab your copy here.

No more little red riding hood, it’s time to be the wolf!

Love to read? Want to join a circle of women to discuss books with? Then join the Sparks of Wisdom Book Club.